This may feel a little cold – the long wait to pregnancy 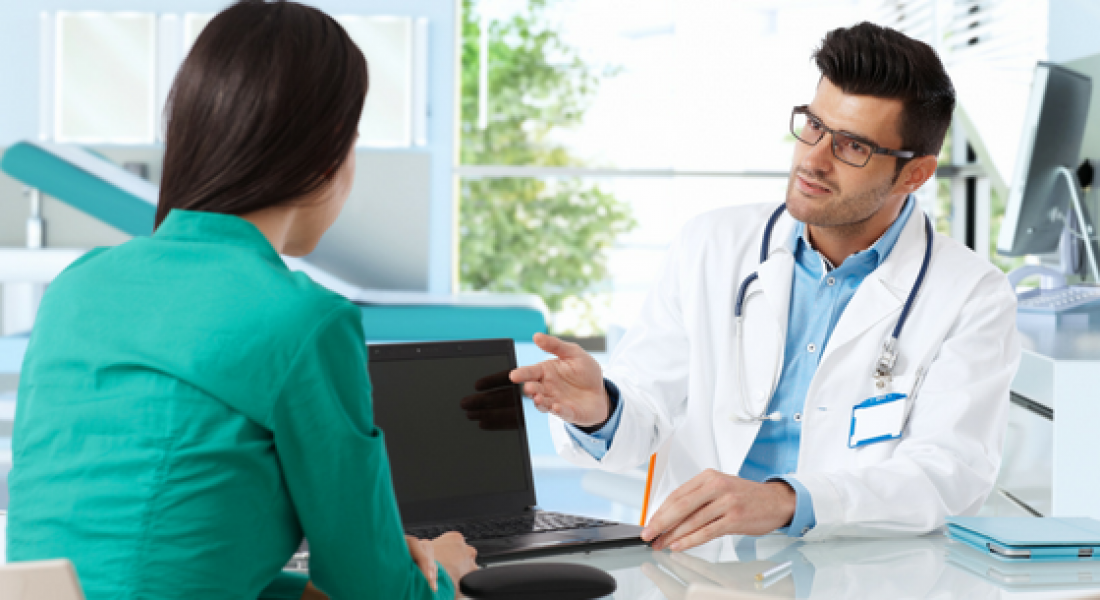 This may feel a little cold – the long wait to pregnancy
Your Rating User Rating: 0 (0 votes)
7shares

It was finally here.  Our first appointment with the gynaecologist. Why was I so nervous?  For the last couple of days I had been preparing mentally, going over answers to possible questions they may ask, terrified that I might say the wrong thing and be sent away with our dreams trailing sadly behind us.

As we sat in the waiting room I looked nervously around me and couldn’t help but think about the other women and couples.  Had they been trying for as long as we had? Did they want it as much? Did the two pregnant ladies go through all of this too?
Our name was suddenly called by a rather serious looking chap who introduced himself to me, completely ignoring the man of my dreams.  We sat down in his office and he began asking me a long list of questions:
That went okay I thought.  He hasn’t told us to leave yet.
Next it was time for an internal.  Lovely.  At least I had taken extra care in the tidying department that morning – just in case!  The man of my dreams (who had still not been acknowledged in any way) looked increasingly uncomfortable and sat perched on his chair not quite knowing what to say or where to look.
As I stepped behind the curtain to “remove everything below the waist” I was suddenly faced with a dilemma.  Obviously I needed to take off my jeans and knickers but what about my socks? Now, I do realise that my socks would of course in no way hinder the examination but let’s face it; socks are not a good look. But to take them off did seem a little informal.  I must have stood there, knickers off, for at least 30 seconds debating this before realising my priorities may have been a little skewed that morning.  The socks stayed on.
“Are you ready?” the jolly nurse chaperone called from behind the curtain.  I resisted the temptation to respond with some witty remark (“I was born ready” etc.) and simply responded with a subdued “yes”. All this time the man of my dreams was sat in the same room on the other side of the curtain.  A very strange and somewhat uncomfortable state of affairs not helped by the doctor announcing he was now going to insert his finger and have a feel around.  I could only imagine the horror in his eyes as he tried to digest this information.
It was over.  I dressed and sat down next to the man of my dreams who looked visibly shaken by this point.  The doctor told me (I say me as he really did seem to think I was the only other person in the room) he would refer me for a couple of other tests and that I would need to go back and see him in three months to decide what to do next.  I think my face must have dropped at this point but he kindly explained that it was a long process and that these things had to be done in the right order. I nodded stoically, trying to hold back the tears.
So we left the hospital that day:
We held hands and headed off to pay the extortionate hospital car parking fees. 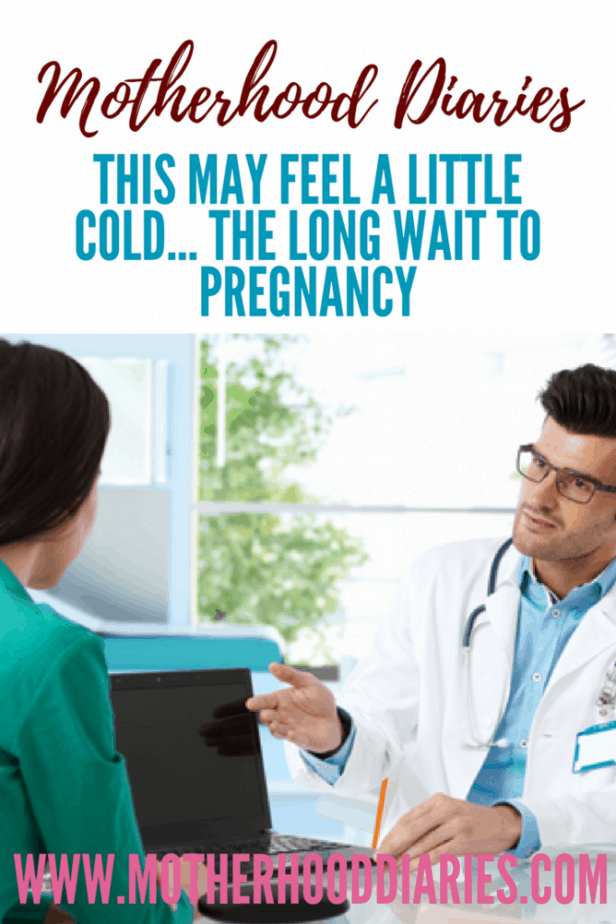 Subscribe here to be updated with new posts. Don’t forget to tailor your preferences, so you just get the posts you want and need!

If you’d like to share your wealth of experience and knowledge with our community, then you can apply to become a Motherhood Diaries’ Contributor here. Don’t forget to read our Ad Policy.

I am 35 year old female living very happily with 'the man of my dreams' and our two very spoiled rescue cats. We have been trying to have a baby for the last two years and it turns out that process can be quite stressful. I have not been the easiest of people to live with during that time (hence the name of the blog!) but that is all going to change. I have decided to be all about the positive from now on and hope this blog will be a place to share thoughts, vent frustration and laugh in the face of infertility. I would love you to join me x

What to pack in your hospital bag for la...

The Truth about Pregnancy and Childbirth

18 weeks pregnant- On holiday and loving...

9 weeks pregnant – What is this metallic...

Planning for the Baby Budget: How to Pre...

5 self-help tips to keep depression away...

What’s Trust Got to Do with Healthy Preg...

How to learn a language during your preg...

Hypnobirthing for more positive labour a...

Copyright © 2010 - 2020 Motherhood Diaries. All rights reserved.
7shares
We use cookies to ensure that we give you the best experience on our website. If you continue to use this site we will assume that you are happy with it.Ok