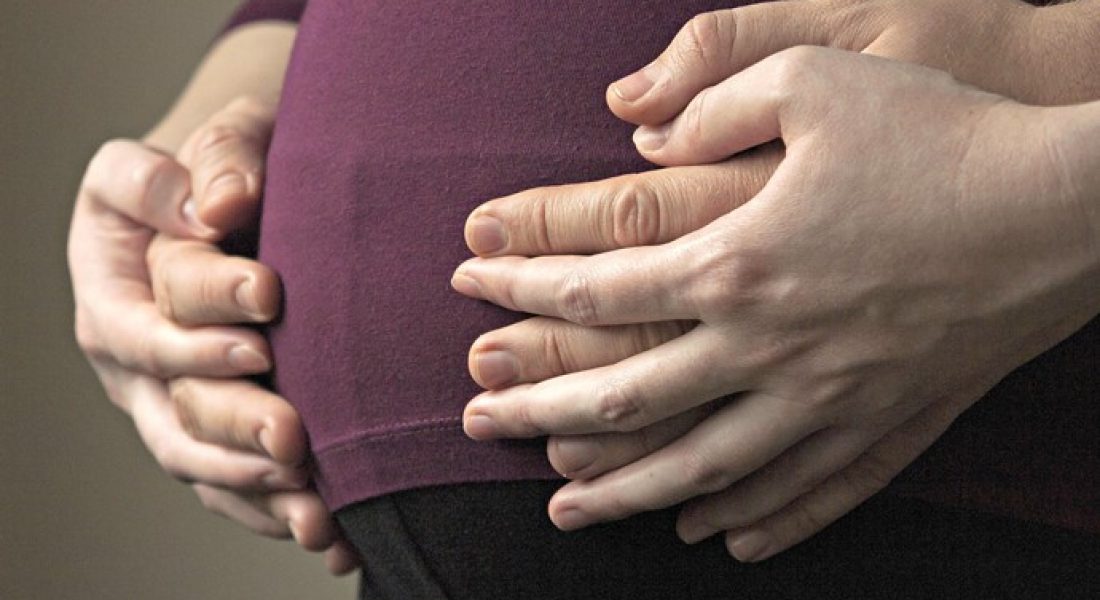 According to some bloke called Karl Naegele, human pregnancy is 40 weeks as he “saw it in the bible”. Lucky him.

Except it’s not actually IN the bible.

Now I have been reading the bible since I was twelve as I’m just into that sort of thing and it is not in there. I have looked for it in the fake versions (niv esv message) and the real version (the old King James) and nothing. Na da. Not one tiny verse that says or even hints that pregnancy is 40 weeks.

Sure, Jesus was tested in the wilderness for 40 weeks and the Hebrews walked around in the desert after Moses led them out of Egypt for 40 YEARS but nothing about pregnancy being 40 weeks.

The only mention of pregnancy duration is one phrase: “When her time had come”.

John 16v21, “A woman when she is in travail (labour) hath sorrow, because HER hour has come…”

You see, going into labour is all very individual as, indeed, all human beings and all pregnancies are. The bible, if anything, does not say one thing about pregnancy length, let alone it being 40 weeks!

Each baby will be born when the mother’s, “Days are accomplished that SHE should be delivered.”

Now of course, some women will deliver at 35 or even 34 weeks and their babies are completely fine. This is because HER time had come and it happened to be 35 or 34 weeks. According to the US National Institute of Environmental Health and Science, most women will give birth around 37 to 45 weeks, the current pregnancy “norm”.

But why is that? How and why do they all give birth at this time? Are they all REALLY ready?

Of course not! This is why we need so many ob/gyn doctors and midwives, especially hospital midwives, as they have whole hospitals filled with a wonderful pick and mix of drug interventions and surgical equipment from the stretch and sweep (no, no, no! Nobody, not even my dear husband, will ever put their hand inside of my cervix when I am in labour! How do you think childbed fever killed so many women in the eighteen hundreds?!) to the oh so familiar C-section and, trust me, they are ready and waiting, and more than willing to use them, all to make sure you do not dare go one minute over 42 weeks, if you are unlucky, 45, if you can afford a doula or a very progressive IM.

So, it would not even be fair to say that 40 weeks is the average pregnancy length as no woman is “allowed” to go much over 42 weeks, so how do you find an average if half of the women are forced in to labour by drugs i.e. induced or augmented?

Fact is you can’t really can you? At least, not an honest average.

I was pregnant for almost 12 months and, yes, I can prove it. There is a beautiful lady who says she was pregnant for 17 months as she had an unassisted pregnancy and it was her fifth child. She is called Lorinda N. Rainwater and can be easily found online and on YouTube telling her story on the Selina Ray Show. She’s now writing a book apparently. If you really look, there are quite a few other stories like this one, all within the last ten years. CJ Scott Media, an African newspaper, reports that in October 2011 Bridget Godfrey had a healthy baby boy naturally, her second child after a 15 month pregnancy. Finally anthropologist George Julius Engelmann, in his book ‘Labor Among Primitive People’, published in 1883, found that, ‘The Chinese believed that pregnancy can last two or three years because the child does not wish to leave the womb.’ Now, why would they believe such a thing if they had not actually seen a woman pregnant with the same child for two or three years? Come on now.

But what about the placenta failing after 40 weeks you say? Yes. That old chestnut.

The data for this is a very faulty study from 1958. Why are we using such an old study to force women by fear and guilt into inductions and C-sections, both of which carry huge risks, based on one fifty year old study? Probably because the more recent studies do not back it up. Now, sadly some babies do die in the womb and some babies are stillborn. I suffered a neonatal death with my first child (At 35 weeks) and I wouldn’t wish that on anyone. Bad things happen sometimes. That does not mean, after careful study and consideration of the REAL facts for yourself, that it will happen to you, and to tell expectant mothers that it will because of one faulty study is nothing but fear mongering.

The truth is that an ob/gyn doctor has got to eat, right? And the economy is very bad, so hospitals need to keep making money. You really do not want to know how many thousands of pounds a hospital gets for a C-section. Obstetrics is the department that makes the most money in any hospital.
Check out the facts for yourselves. It makes very interesting reading when an ob/gyn is telling you that, “You are killing your baby if you do not agree to an induction/C-section as you are ‘overdue’.

Don’t just believe what you have always been told, ladies. Knowledge is power.

It’s high time women took back childbirth from the “professionals” who make a very nice living out of our ignorance and stopped giving such starry-eyed respect so unquestioningly to anyone with a white coat.

Do you have a story to tell? If you’d like to contribute to Motherhood Diaries and become an author, please email contribute@motherhooddiaries.com or fill out our online form

Is it safe to use self-tanner while preg...

How The Gender Mystery During Pregnancy ...

All I ever wanted was to be a Mum

Natural ways to bring on labour

Making the most of maternity leave

How to Keep Your Style during Maternity

5 self-help tips to keep depression away...

Copyright © 2010 - 2020 Motherhood Diaries. All rights reserved.
345shares
We use cookies to ensure that we give you the best experience on our website. If you continue to use this site we will assume that you are happy with it.Ok