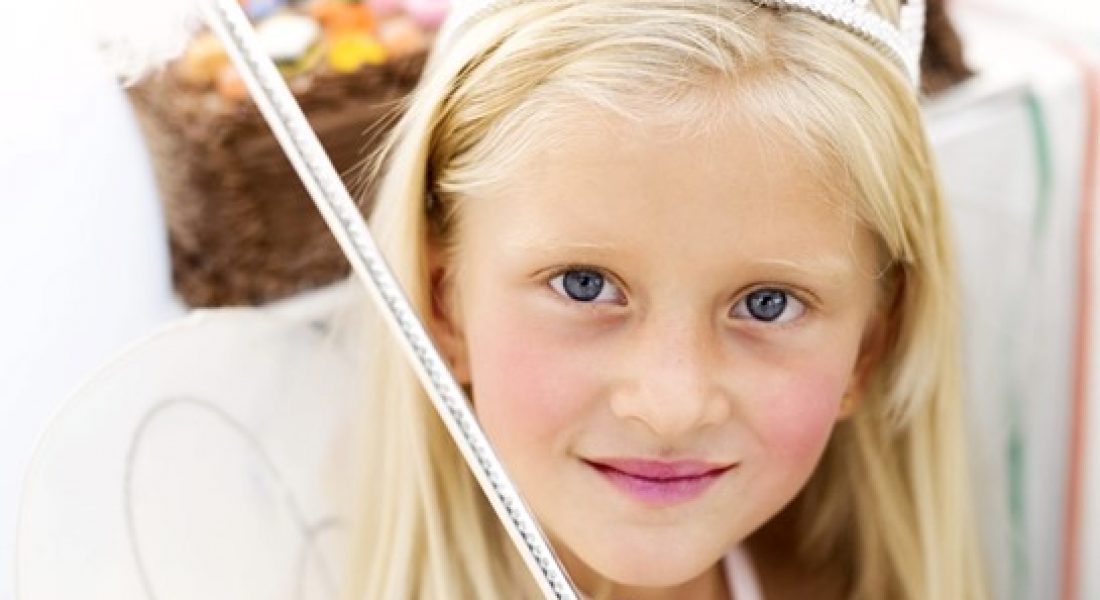 Thoughts of Ribena on a pristine white costume. A lengthy dress rehearsal with Daddy’s princess. Not the Sunday morning Kara Woolven had in mind.

I’m in the dressing room. We are doing a dress rehearsal. While I am excited to see our daughter perform the prep is testing my nerves, Dramatic Daughter up with, ‘Mum, I want…’


‘Mum I want to wear that!’ she shouts from the clothes rail (which she precariously balances on). ‘No.’ I want to shout (but already I have taken centre stage) as the other mothers eye us tentatively. I calmly reply, ‘Sweetheart, you are butterfly not Winnie the Pooh, you look beautiful with shimmery sequinned wings. She looks at me suspiciously. Thankfully she says, ‘OK.’


The audience smiles – those shimmery sequinned wings set us back £22.00! so their smiles were sympathetic.

My husband is with us but suddenly realises that it is inappropriate for him to be anywhere near the girls’ dressing room. It looks as if I am in this on my own and he will get the sneak preview of the performance.


‘If it is any consolation darling, at least you get the chance to talk to the other Mums’ he whispers. ‘Oh great,’ I snarl. I get enough of that from the playground during the week. It is Sunday and I should be in my pyjamas with a mug of tea. At this point he exits.


DD is in full swing. I do hope she sustains her stamina for the show. She is due on stage after Act 19. ‘Each act runs for two minutes,’ a mother (who obviously has a degree in behind-the-scenes) chirps. ‘So that’s about forty minutes away isn’t it?’ I proclaim. She explains that it could be longer as ‘It is a rehearsal.’


I check my watch. It is 12.25. As if she was a mind reader, DD wails ‘Mum, I’m hungry.’ Obviously anticipating that this would have been wrapped up by lunchtime, I had not come with a pack-up bag.


‘Honey’ I try to be calm, ‘I will have to ask Daddy to pop to the shop for a snack because he didn’t think you would need lunch until later.’ She huffs. I text Daddy who seems irritated at having to run errands before an interval.


‘I hope I can get back in!’ he shouts, clearly put out. I giggle to myself and smile. ‘She wants you to go, she is your princess after all.’ He glares.


When he arrives and DD has devoured the three pink iced doughnuts (as if she had not had breakfast) I panic that she will vomit on stage. To avoid mess, the principal had advised us not to encourage food and drink as ‘red down a white outfit is not a good look.’ I did not bring fruit shoots but blended lunch would not be easily wet wiped!


After a satisfied stomach, it’s on with the show. I manage to catch thirty seconds of it, following rather hurried routes to get to Stage door 1! When I get there, I pray she likes the stage and stays on it but surprisingly, she is every inch a ballerina. My husband and I wipe away an imaginary tear and say, ‘It’s worth £55.00 a term, isn’t it…?’


When we get to my mother’s to pick up the boys, I see they are engrossed in computers. For once I do not scream, ‘How long have you been on that!?’ and my mother looks at me gratefully. On returning home, I turn to the boys and say, ‘You don’t have to have a hobby yet if you don’t want to.’


‘Can we play the computer?’ they ask.


Phoebe’s first tap and ballet performance was in 2010. She was four. Since then she has passed her preliminary and first steps grade. She is practising for her second performance this year. Her brothers attend a music and performing arts school – but still love using the computer.

If you’d like to share your wealth of experience and knowledge with our community then you can apply to become a Motherhood Diaries’ Contributor here.

What’s Trust Got to Do with Healthy Preg...

Copyright © 2010 - 2020 Motherhood Diaries. All rights reserved.
2shares
We use cookies to ensure that we give you the best experience on our website. If you continue to use this site we will assume that you are happy with it.Ok