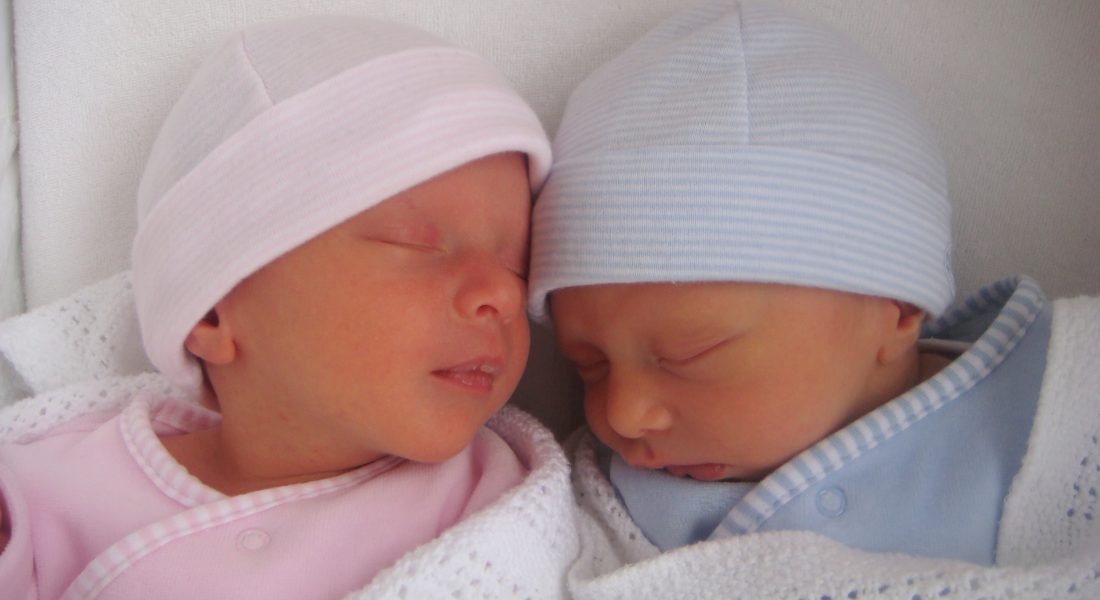 Before I had my babies I had never met anyone that had successfully breastfed twins and despite what the books may say, I assumed it was something that was nigh on impossible.

During my pregnancy, I often felt a slight sense of sadness that I would not get to enjoy the wonderful intimacy with my babies that comes from breastfeeding. Don’t get me wrong, I’m no BF evangelist,  I didn’t manage to feed my first child and struggled with my second. BUT when I did crack it, I loved it and carried on for a year.

But back to the twins, and apart from the usual panics and freak-outs that happen when you discover that the number of children in the household is about to double, I decided that I would make no plans for feeding other than to see what happened when they were born. Of course with a twin pregnancy, there are so many other risks like pre-term labour and its associated complications that I felt that it would be best to wait and see. I knew that if they were early and needed special care that it might be too much for me to feed them, given the 2 children that I would have at home who would also be needing me.

As it turned out, Charlie and Beatrix arrived 3 weeks early after a straight-forward planned C-section. Charlie needed a brief spell in SCBU and neither showed much interest in feeding. By day 2, the staff were keen to give Beatrix some formula as she had not fed,  my milk hadn’t come in yet and they were concerned by her low blood sugar levels.  I insisted that she was given this from a cup and she lapped at it like a kitten. On day 3, my hormones kicked in (but not yet my milk) and I started to feel quite upset.  All attempts to get the babies to latch on were failing and the more man-handling that happened, the sorer my nipples were getting. A breastfeeding counsellor happened upon me at a vulnerable moment and advised me to use a pump every 2-3 hours even though Charlie was on a drip in special care so that my body would know I was feeding 2 babies. The prospect of this was exhausting and I felt sure that when my milk came in, my babies would know what to do and that my supply would regulate itself then. I was too desperate for sleep to consider pumping through that night.

A paediatrician told me off for limiting the time that the babies fed for, saying they should be allowed to feed for as long as they want to but with the benefit of hindsight I knew to ignore this  and thus avoid the agonising blistering and bleeding that happened first time around when my darling daughter simply wanted to comfort suck for hours at a time. We were allowed to come home on day 5 and with mum and husband around I was able to continue feeding the babies myself.  In the comfort of my own home I attempted to feed them at the same time (using the rugby ball hold) but I found it a) completely indecent and impractical for when out of the house and b) a bit like listening to someone running their nails down a blackboard as they sucked quite differently and sensation of them feeding together was altogether unpleasant.

As I recovered from my C-section, my husband did all the getting up and down out of bed in the night to pass me the babies and change nappies. Those first few weeks passed in a complete blur of exhaustion – the babies were so little they needed to feed every 2 hours, each feed with winding and sometimes changing both took the best part of an hour and I averaged 3 hours sleep a night. However, with ongoing help at home during the daytime, I was able to get a nap each afternoon which kept me going.

At first, I kept a breast for each baby as Beatrix was better at latching on one side than the other but then she failed to gain weight and my health visitor advised me to swap the side each baby fed from at each feed. That week she gained 9oz, so we concluded I was obviously making full fat one side and only semi-skimmed on the other!

The response of others to my feeding both babies was one of incredulity, and yes it has been hard at times but in all honesty, it’s been far easier than you would imagine. For one thing, I can up and leave the house with the children with far less thought than if I had to consider how many bottles I would need. Secondly, feeding myself means that I have been forced to take that time to sit still and put my feet up at regular intervals during the day which I probably wouldn’t have done had others been able to feed them for me. Most importantly, I have been able to have that special intimate time with each baby individually.

12 weeks on and I’m still breastfeeding my twins.  It’s true that I wouldn’t have been able to do it without having plenty of help with the other two children (age 4 and 2) but I’m hugely proud of myself and would encourage anyone else expecting twins not to rule out breastfeeding.

If I can do it, anyone can. 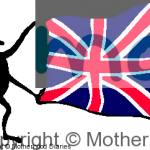 Kelly Cornish is a full-time mum to Lily, Harry and twins Charlie and Beatrix. When the twins arrived Kelly found herself with four children under four. She survived to tell the tale and now writes in her spare (!) time.

The benefits of walking during pregnancy

Hypnobirthing for more positive labour a...

From a Cryptic Pregnancy to a Phantom Pr...

Making the most of maternity leave

Pregnancy & STIs: What to do

My thoughts on caesarean section

The reality of motherhood

How I Lost Breastfeeding and Got it Back

What to pack in your hospital bag for la...

What books can do to improve us as peopl...

How The Gender Mystery During Pregnancy ...

Copyright © 2010 - 2020 Motherhood Diaries. All rights reserved.
3shares
We use cookies to ensure that we give you the best experience on our website. If you continue to use this site we will assume that you are happy with it.Ok